Everything about resistivity measurement

Eddy current gauges and sensors are commonly applied for conductivity and resistivity measurement across many industries. Most systems operate in contact but there are also non-contact options available. The eddy current method is used for various reasons of which some are listed below:

Types of Devices for Resistivity Measurement 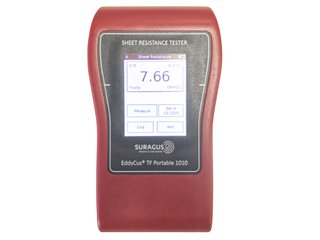 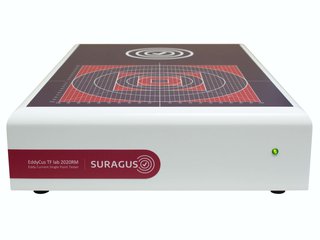 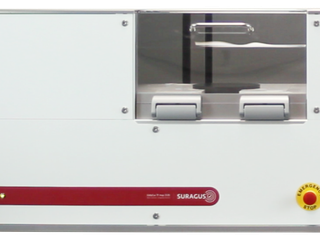 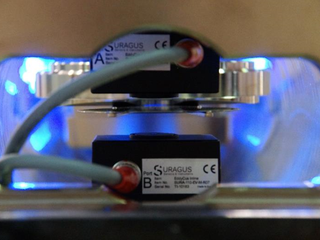 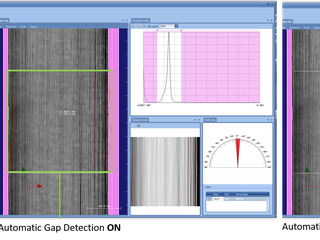 The Electrical Resistance (R) is an electrical quantity that describes how a material or a series of material or a material section reduces the electric current flow through it. Ohm‘s law states that a current (I) that runs through a conductor is proportional to the potential difference (V) which is inversely proportional to the resistance (R). Resistance is measured in ohms, symbolized by the Greek letter omega (Ω). It is named after the German physicist Georg Simon Ohm (1784-1854), who studied the relationship between voltage, current and resistance.

The Volume Resistivity (ρ, rho) is a bulk property meaning that their value does not depend on the size or shape of a particular specimen. It depends only on the material itself. The volume resistivity expresses the resistance per unit volume of a sample and is also called bulk resistivity or specific resistance. This term is commonly applied for material characterization and classification. Each material has a unique characteristic value for volume resistivity. Its unit is mostly given in [Ω∙cm] or [Ω∙m].

The Surface Resistance (Rs) or more commonly used as sheet resistance is the resistance per unit surface of a sample. Resistance and resistivity of a material are related to each other through its dimensions or its resistance for its cross section. It can be described as:

The resistance is an extrinsic property (depends on its geometry) whereas resistivity is an intrinsic (independent on its geometry) property. Technically both have the same unit which is Ohm. In order to distinguish this from resistance, it is written Ω/□ or Ω/sq. Please refer to our sheet resistance sections for further insights.

The Conductivity (σ, sigma) is inversely related to volume resistivity. It is also called specific conductivity. The unit is S/cm or S/m.

The Conductance (G) is a measure how a geometrically defined material (resistor) is able to conduct an electric charge under a certain voltage. It is the reciprocal of the sheet resistance. The SI unit of electrical resistance is the ohm ( Ω ), while electrical conductance is measured in Siemens (S) which equals 1/R.

The silicon resistivity of wafer varies depending on semiconductor type and doping level, its manufacturing process and the wafer position within the ingot and also with the wafer itself. Manufacturers are trying to improve the resistivity variations from center to edge for decades. Still, resistivity variations remain which can be effectively monitored by wafer resistivity eddy current imaging. Relevant materials are mono and mono and polycrystalline wafer with p and n type doping especially in PV industry but also SiC, GaN and Si wafer or boule or ingots. Processes characterization includes growth/ creation, implantation, annealing.

Si Wafer can come as mono and polycrystalline materials with no doping or p and n type doping. The following graph shows the dependency of the electrical resistivity from the doping concentration of boron and phosphor / arsenic in crystalline silicon where Boron (B) doped results in n-type and Phosphor (P) / Arsenic (As) dopant to p-type semiconducting material. Eddy Current sensors are used to measure the sheet resistance of wafer, PN testers are used to determine the type of doping and capacitive sensors or optical sensors are used to determine its thickness.

SiC as material excels due to its characteristics in high temperatures, its fast switching performance and high breakdown voltage for pn junctions, which supports very compact components using higher voltages. Resistivity imaging for SiC wafers is used to detect and characterize material facets and other defects such as dislocations. The resistivity of SiC wafers can be below 1 Ohm cm ranging up to Ohm cm depending on doping level. Metallic resistivity is achieved by heavy doping with boron, aluminum or nitrogen. Superconductivity has been observed in 3C-SiC:Al, 3C-SiC:B and 6H-SiC:B at the temperature of 1.5 K. Eddy current sensors are used for wafer and boule monitoring.

GaN wafers have typical applied for LED and transistor applications. There have been great efforts worldwide to produce GaN via epitaxy processes on the widespread and inexpensive silicon wafers. Due to the strongly different lattice constants and thermal expansion coefficients of GaN and SiC, however, the applied GaN layers are challenging as they often contain defects. Resistivity imaging supports the characterization process along the processing chain.

 The resistivity within ingots varies depending on its manufacturing processes and the distribution of dopants within a wafer block or ingot. There is a center to edge and a top to bottom variation. Eddy current sensors are applied onto available surfaces for monitoring the variation. Good surface properties support a good measurement.

A rather new application is the SiC boule characterization by non-contact eddy current sensors. The resistivity of SiC exposes changes in purity and grain structure. Eddy current sensors are used to analyze the SiC composition, structure, dislocation zones and to detect defected zones and assess the defect density. Additionally, electrical impedance images by high frequency eddy current sensors show the effectiveness of implantation processes and expose the quantity of subsequent annealing processes for activation of implants and show further temperature related material changes.

Graphene as a single carbon(C) layer material has been widely investigated due to its profound electrical, mechanical and optical properties. High conductivity of graphene layer grants itself great application potential in many aspects of electronic device. Graphene's most promising application at the moment is to become at least partially a possible replacement for silicon, making ultra-minimized transistors which will be used to produce the processors for future supercomputers, which will run hundreds of times faster due to application of graphene. There are many relevant properties of graphene layer. The sheet resistance and conductance represent not only the electrical performance but also the quality of a graphene specimens. The electrical homogeneity is great measure to characterize the performance of the manufacturing process.  The non-contact SURAGUS Systems are used for measurements on various types of graphene. Their prospective sheet resistance values vary depending on scale, fabrication processes, and substrates of graphene specimen, which would be applied in different industrial fields.

A comprehensive list of materials including metals, alloys and semiconductor and their respective resistivity and conductivity can be found in our material data base. 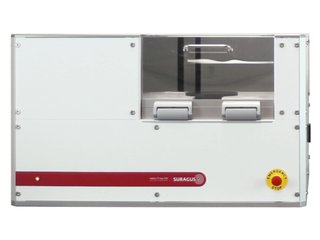